The humblest searcher would not be made to feel discouraged by the sense of his own shortcomings, or by the perception of the difficulties at every step on his journey of self-realization.

This week we feature the work and life of one of the humblest and fearless of searchers, the renowned writer-artist-occultist-psychologist Carl Gustav Jung. The exhibit of his Red Book at the Rubin Museum of Art in New York City ends January 25, 2010.

Jung, embarking on his own painful journey of self-discovery, had nagging doubts about his mentor Sigmund Freud’s limited view of human nature, and became his most outspoken critic.

Like Jung, it was the characteristic quality of H. P. Blavatsky and William Q. Judge, preeminent Theosophical writer-teachers, that every newcomer be met as a dear friend returning from a long journey — as one new-born — not as someone to look down upon, as if they were inferior or somehow spiritually disabled.

And the Christian phrases “ministering unto the one who will exceed you in glory” and welcoming strangers who may be “angels unawares,” is good advice for those greeting seemingly “new” students in any lodge or study group.

The Sand Mandala – a lesson in letting go

Lama Karma Tenzin creates a sand mandala in the theater gallery of the Rubin Museum of Art (RMA). The mandala took over two weeks to create out of millions of grains of crushed marble, and under 2 minutes to destroy.

(WATCH VIDEO OF THE SAND MANDALA)

Every Theosophist is a theoretical Occultist, as every Occultist is a practical Theosophist.

The two terms, Theosophy and Occultism, are different only in the sense of degree — the distinction between the seed and the tree.

The emergence as a genuine Occultist is the normal evolution of the human being into the full-grown Tree of Life everlasting through the pursuit of Self-knowledge.

The Seed of the Tree of Life

Man is man on earth because in him this germinal essence, like the seed of the lotus, contains within itself already the fully formed prototype. 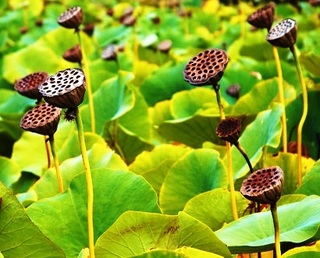